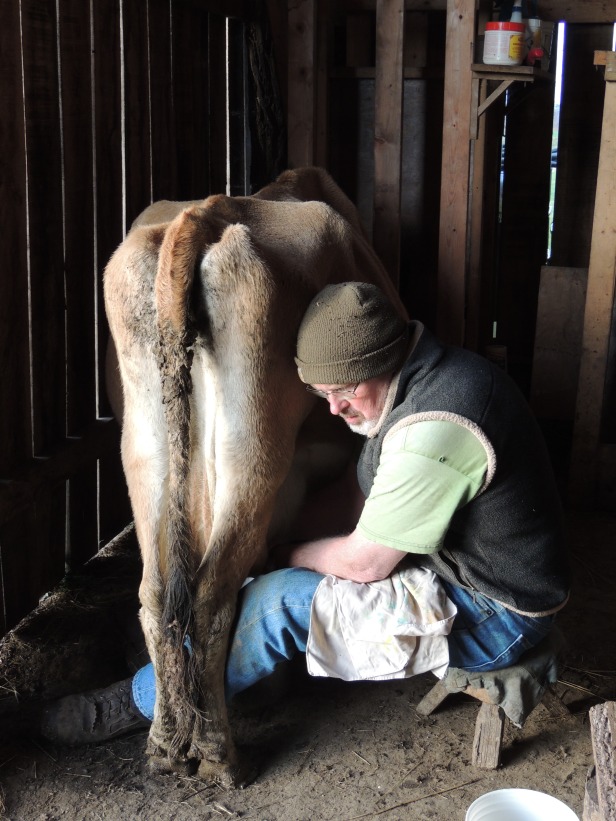 Is the sustainable farm movement missing a major piece of its puzzle?

Is there perhaps a missing piece of the puzzle – a class of people for whom serious farming, for food and for a lifestyle, is the goal, but who have no expectation, perhaps no desire, even, that farming should generate sufficient cash completely to replace whatever else they do?  People who perhaps already like what they do for cash, but still want to be in the country and raise food/live, too?  Or people who have something they would like to do – art creation or performance, ministry, craft work or skilled labor – from which they do not expect to be able to derive an adequate cash income, and who in addition would like to live in the country and raise their food? – People who, if they could farm for food, beauty, health and pleasure, might be able to make the smaller income they could derive from their avocation be an adequate one?

One thought that comes to our minds is that the sustainable agriculture community of the future may — perhaps should — come to include in large proportion a class of farmer that once made up most of the human race, and today is hardly on our organic maps.  We mean the family farmer, the man, woman or couple who stewards a few acres very well, grows his own and his family’s food with some over for extended family, community and charity, and also plies a trade or avocation.  Not just one or the other, farming or avocation, will make up his entire occupation and living, but both or either, simultaneously or cyclically.

It is pretty well accepted among small-scale farmers that direct market, farm-to-consumer sales, allowing as they do that the famer should receive retail prices for his goods, is a necessary condition for most small farmers to pull down a cash income even remotely comparable to what is generally considered a living wage.  But a glance at the map of the U.S. in particular, or the world in general, will inform inquiry that, indeed, much of the habitable portion of the planet is too far from a civic center of any appreciable size for direct-market (farm to consumer) sales to make up an entire income anyway.  What then?  Is that land to remain in the hands of ‘conventional’ (and destructive) agriculture?  or is it to return entirely to grazing lands, for large herds which will have to be shipped long distances to market?  If land far distant from concentrated populations of people with money to spend on responsibly, sustainably grown food, is to be regenerated and restored to deep fertility, this land will have to be farmed intimately by careful stewards — and that, at least for the foreseeable future, means without the farmer deriving a full living from cash crop sales.

Who then is to farm these lands?

Our visits to sustainable agriculture fairs, workshops and conferences suggest to us that there is an army of interested, informed and avid farmers of many ages eager to take up the challenge.  It is an issue we think is going to need great deal more attention over the next few years.

“I love the way the Dougherties capture both the soaring majesty and the down-and-dirty reality of farm life…. This book encourages and inspires all of us…. one you’ll want to refer to for years to come.”

– from the foreward by Joel Salatin

— to develop and share methods for regenerating waste, neglected or abused land and transforming it into small, fertile, diverse, self-sustaining farmsteads.